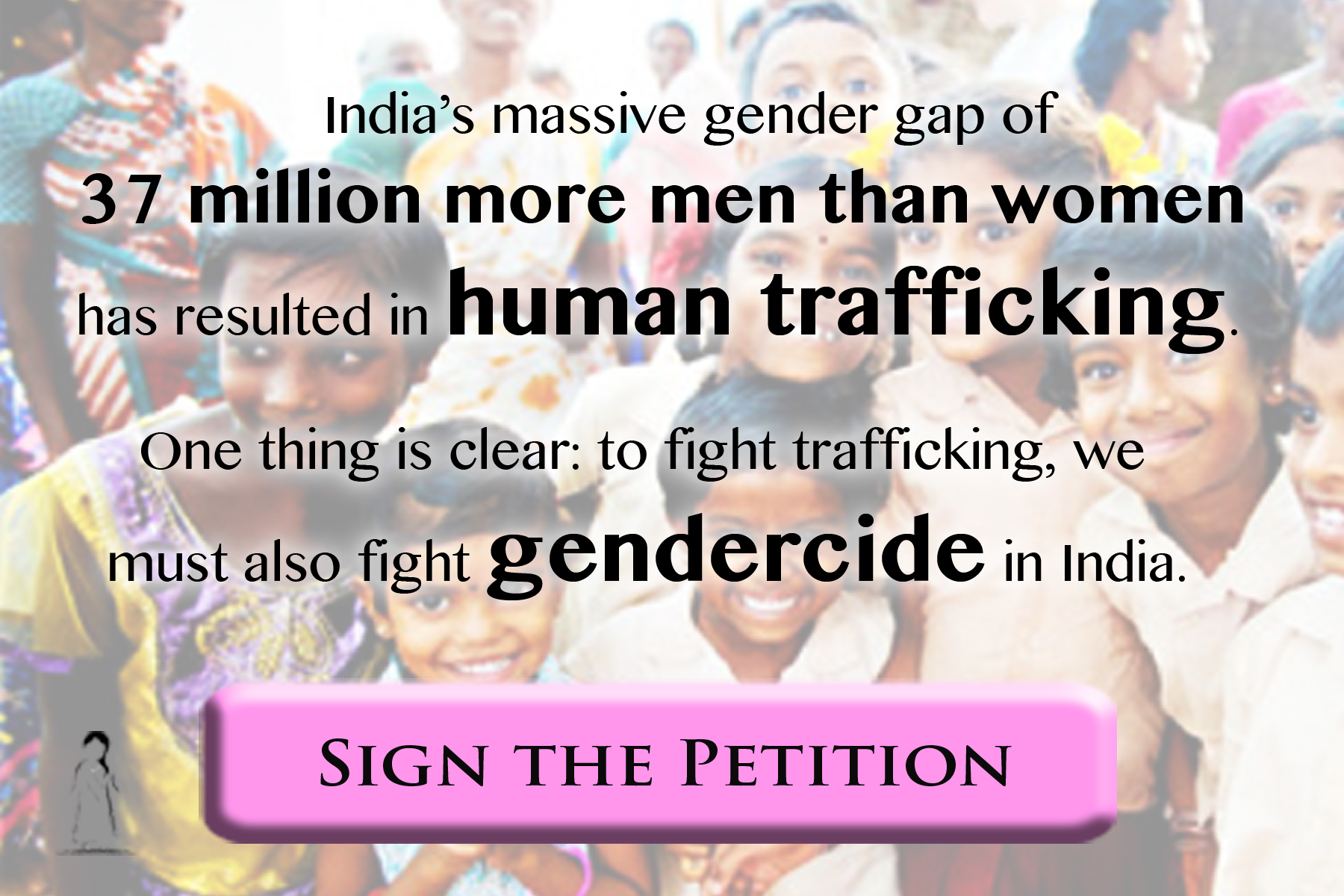 India’s massive gender gap has resulted in human trafficking. In a country where there are 37 million more men than women, girls are trafficked into brothels and also into villages as brides for men who have no women to marry. To fight trafficking, we must also fight gendercide in India.

Our officials need to know you care about girls and women in India and you want the U.S. to take action to stop both gendercide and trafficking there. Please take action now.

Watch this video for more information on the Invisible Girl Project: