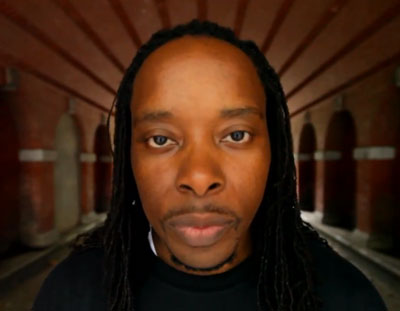 We are so excited to be the first to share with you the It’s a Girl music video!

After seeing just the film trailer, Omékongo Dibinga was inspired to lend his voice to help end gendercide. Omekongo – a rapper, trilingual poet, CNN contributor, motivational speaker and the Director of UPstander International – put pen to paper and wrote this amazing hip-hop song.

“I wrote this song because hip-hop is a global force. Yet too many hip-hop artists do not use their powerful skills and influence to speak on issues like these. I want to use my talent to make a positive change in this world.” – Omékongo.

After writing the lyrics, Dibinga shared them with the film’s director, Evan Grae Davis. “When Omékongo approached us with the lyrics to this rap song he had written, I was deeply moved with how he expressed his heart for the victims of gendercide around the world. I’m sure having two daughters of his own makes it personal. His words reflect a deep passion against the injustice of gendercide in a way we wanted to share, so we asked him if he would record the song!” Davis said.

Omékongo recruited Lindsay Samakow, a talented debut vocal artist, to provide the backdrop as he recorded his song titled after the film, “It’s a Girl.”

“I was so inspired when I heard the song for the first time,” says Davis, “that I wanted to produce the music video to bring it alive in a new dimension. We filmed Omékongo performing the song on the streets of New York City and in Central park with his two beautiful daughters and niece. We added in several clips from the documentary, and now have a music video that truly captures his heart for justice.” Davis concluded, “The result is a haunting and compelling expression of one man’s reaction to one of the greatest human rights issues of our time. If more people responded as Omékongo has, we could truly change the world!”