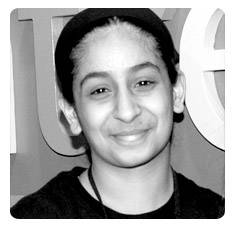 Nanveet is a high school student at Abbotsford Traditional Secondary School. She attended GirlKIND‘s first event and screening of It’s a Girl last September. She left the event feeling motivated and inspired. So much so, that she did an interactive presentation on the film and the issue of gendercide to her classmates, hoping to raise awareness and motivate others to react.

Nanveet is only 14 and has become an active member of GirlKIND. The following is Nanveet’s personal blog about gendercide.

Gendercide also known as female feticide has been occurring in Asia for many years, and now spreading worldwide. Why do people look down on us girls? Why do they find us to be burdens? Have they forgotten that it was a woman who brought them into this world? I think together we need to raise awareness of Gendercide, and put an end to the cause. I, being a girl, feel the need to bring up this problem.

Every year in China and India especially, millions of girls are killed simply because they are considered a burden. Some mothers don’t even feel remorse for killing them, an example in the film {It’s A Girl} a mother in southeast India, had eight kids all of which were daughters and she killed each one with not even an ounce of regret in her body. Girls are suffocated with rice shoved down their throats, or a cloth on their mouth so they can’t breathe.

They poison them, bury them alive, leave them in trashcans or even strangle them to death. It’s happening so often doctors are starting to tell parents that the ultrasound showed a girl even if it was a boy because the doctors get paid more to do abortions. Parents are killing girls because of the dowry they have to pay for them to get married is so much higher.  If they have both a girl and a boy, they boy is treated like a king and the girl like an animal. Girls who do ‘survive’ gendercide face neglect.

China has been so against girls being born that they have a ‘One-Child-Policy’ where if you have a girl the first time, you can try again for a boy. If you have a boy you can’t have any more kids. They go around villages making sure all families are following the rules. There are people who have more than one girl, but have moved away so they don’t have to suffer the consequences, while their daughters live with relatives. Without girls being born, the world is trafficking. This means that there are too many boys and not enough girls for the boys to get married, which results in no more babies being born. The UN estimates that there are about 200 million girls in the world missing, either dead or alive due to these problems. But if the kids do survive, they suffer neglect from their parents and the people around them. They are forced to do work they are not capable of doing, or they are pushed around ant not treated like a real human, sometimes punishment goes as far as death. 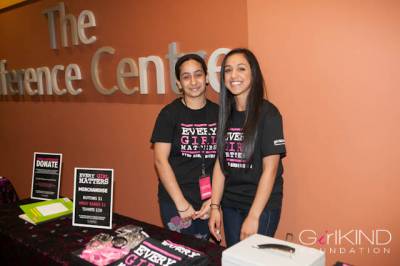 Some people have tried to protest against this, but are threatened by their own government, with so different types of punishments. Including sexual assault and rape. There are various homes in India for girls who don’t have a home. Some of them have “cradle programs,” whereas parents leave their daughters in a cradle compartment, which then signals inside the home that a new girl was dropped off. There are thousands of girls throughout India that are abandoned everyday just because they were born a girl.  You’re probably thinking

‘My parents don’t think that’ ‘they wouldn’t ever do that to me’ but there are parents even now in Canada and the US who do this, up until today. We are blessed to be brought up in such great homes where we have people love us, who care for us.

“From a woman a man is born, so why call her bad? From her, kings are born. Without women no one would be here today.” Gendercide is a problem, spreading worldwide. Unless we try and make a change nothing will happen. People are killing girls so fast it seems like any other job. How would the parents feel if they never had the chance to live? Be the change that you want to see in your world. would you feel only being held in the arms of death?

When I first heard of gendercide I never thought it was such a big deal, I just thought ‘No one needs to do anything it’ll end, just like every other problem does’.

But after watching the documentary I realized it was a big issue, bigger than I thought. After thinking about it more I decided to ‘educate’ some of my classmates and teachers, so I put together a slideshow and presented it to the class. Using the facts from the presentation I then went along to write the speech. I never really thought that one little speech and presentation could do much in showing and education people about the smaller issues occurring worldwide. I realized that I was blessed to be brought up in a home where I was surrounded by people who love and care for me; I am blessed to not have to be going through what some girls are going through. Some people may start thinking ‘It’s true, boys do usually get special treatment’ don’t go around and start lessening your care for your boys, just make sure that every child you gave birth to or adopt is aware that you love each and every one equally, whether it be a girl or a boy.

Yes, I am only 14 and I don’t necessarily know what it’s like to have kids, but I do know that it isn’t the best feeling in the world when you feel like you aren’t loved or treated as equally as the other kids in the house.