If you have landed on our blog, chances are you’ve watched the trailer and have been looking forward to seeing or sharing the full feature-length documentary.

We are very excited to announce that we have made the film available to anyone interested in hosting a screening. This September will mark the launch of our International Screening Tour and Action Campaign (to help viewers respond to the ongoing gendercide around the world with actionable steps). You can be a part of the screenings and the campaign by bringing the film to your community, school, or faith-based group.

Hosting a screening is easy! Simply:

Whether you are a University, an NGO, a student or an individual, we have a pricing option for you.

Shadowline Films was born out of the question “What are the underlying roots of inexplicable social injustices like gender inequality and the exploitation of the innocent?”

There are 27 million people trapped in modern-day slavery across the world today- more than any other time in history. 800,000 people are trafficked across international borders and over one million children are exploited by the global commercial sex trade every year. What could possibly make a person capable of abandoning, exploiting or even killing another innocent human being?

I had devoted the past decade to producing short promotional and documentary videos for NGOs around the world. As I observed and captured stories of human tragedy, the questions in my mind only grew. I had come to the realization that the issues that captured my heart were greater than any single organization could fight alone. A small team of filmmakers joined me to form Shadowline Films with the vision to answer these questions through a feature-length documentary.

In October 2008, the Shadowline team traveled to Africa, where there is a myth that having sex with a virgin will cure AIDS, leading to the exploitation of young girls and the spread of HIV/AIDS to the most innocent among us. We explored a story in Brazil, where indigenous tribal groups of the Amazon Basin ritualistically bury disabled infants and twins alive, to purge the tribe of curses. I had documented the Cambodian Killing Fields and the evil of genocide. It felt like I had seen the worst of humanity and what we are capable of when we allow our basic instincts of survival and power to rule us at any cost.

Five countries later, we arrived in India. There we met courageous activists willing to share their first-hand experience with gendercide, yet frustrated with the lack of support and awareness. We spoke with doctors and government officials unwilling to speak on camera. We captured tragic stories of families trapped between their desire to have daughters and the policies and cultural morays that stood in their way. One family inspired us with their courage as they endured ridicule for educating their four daughters who would otherwise be destined to marry into poverty and be subject to dowry violence.

Nothing I had seen in my travels even remotely compared to the scale of routine injustice in the practice of gendercide. That trip to India subsequently sharpened the focus of Shadowline Films on gendercide exclusively as one of the most serious abuses of human rights of our time. It was a story largely untold, and few were those speaking out, let alone putting a stop to the injustice. I thought back to the would-be plight of my wife and daughter had they been born in a son-preferential society. As the Shadowline team debriefed, it was a unanimous decision– our first documentary film must be dedicated to exposing the truth about gendercide.

Soon after, we returned to India and traveled to China to capture more stories featured in It’s a Girl. There were surprises along the way. I was shocked to learn that more girls are eliminated among the wealthier castes of India than among the poor. I was taken aback by the violent and coercive nature of the One Child Policy in China. And discovering that sex-selection is practiced among Southeast Asian immigrant communities all over the world, even in my own back yard, really brought the issue home for me.

As we prepare to release It’s a Girl, I ask myself whether or not the world will respond to our call and rise up in defense of the innocent. Our heart-felt hope and desire is that the stories of It’s a Girl will capture hearts around the world and will compel us all to rise up and launch a movement to end gender-based violence and killings and restore worth and dignity to the girls and women of India, China and of the world. 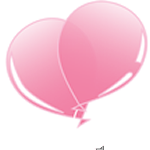 After being inundated with interest surrounding the trailer for It’s a Girl, the Shadowline Films team is incredibly excited to finally launch our blog! Along with over 160,000 views on our trailer and a growing number of Facebook “likes” with little to no promotion on our part, we’ve received hundreds of emails from media around the world, screening hosts, grassroots partners and individuals sharing powerful testimonials. A special thank you to each and every person who has reached out to us. Please know that if we haven’t responded to your inquiry yet, we’re trying our very best to catch up and respond to all the various requests coming in.

Our team is extremely encouraged by this surge in interest. While we appreciate the excitement about the film, we recognize the attention is ultimately about one of the most serious abuses of human rights happening today. It shows there is something in us that is outraged when faced with the gross injustice of Gendercide.

We hope that this blog will complement the trailer that you have seen in providing awareness, current news and expert opinions on the various aspects of Gendercide. This will also be a place to find updates about the feature length documentary It’s a Girl, what grassroots organizations are doing to stop Gendercide and how you can get involved.

It’s a Girl is set for a late summer/ fall 2012 public release at which time we are planning for screenings to be hosted worldwide, primarily through organizations, student groups, faith-based groups and individuals passionate enough to host screenings in their own communities: in their universities, work places and living rooms. If you are interested in hosting a screening, let us know by filling out a “screening host” form here. We will have more specific details about timing and screening locations as time goes on, so watch this space (and sign up for our newsletter updates!). Many of you have asked us how you can get involved in the battle against Gendercide. The short answer is that our small non-profit is working around the clock to locate and connect our viewers with grassroots organizations who are actively working on the front lines against gender-based violence and killings. These organizations will be an integral part of the film’s release and we hope every screening of the film will also feature one or more grassroots organizations working against femicide, infanticide and other gender-based violence.

In the meantime, prior to the film’s release, you can help build momentum by spreading the word about the film itself. So, an easy way get involved now is simply to share the trailer, “like” Shadowline Films on Facebook and follow us on our brand new Twitter account @itsagirlmovie! These small things will go a long way in building momentum leading up to the release for It’s a Girl and, ultimately, in the fight against Gendercide.

This is quite a journey we’re on. Thank you for your support and encouragement!