BREAKING: News reported today that China will move to a two-child policy 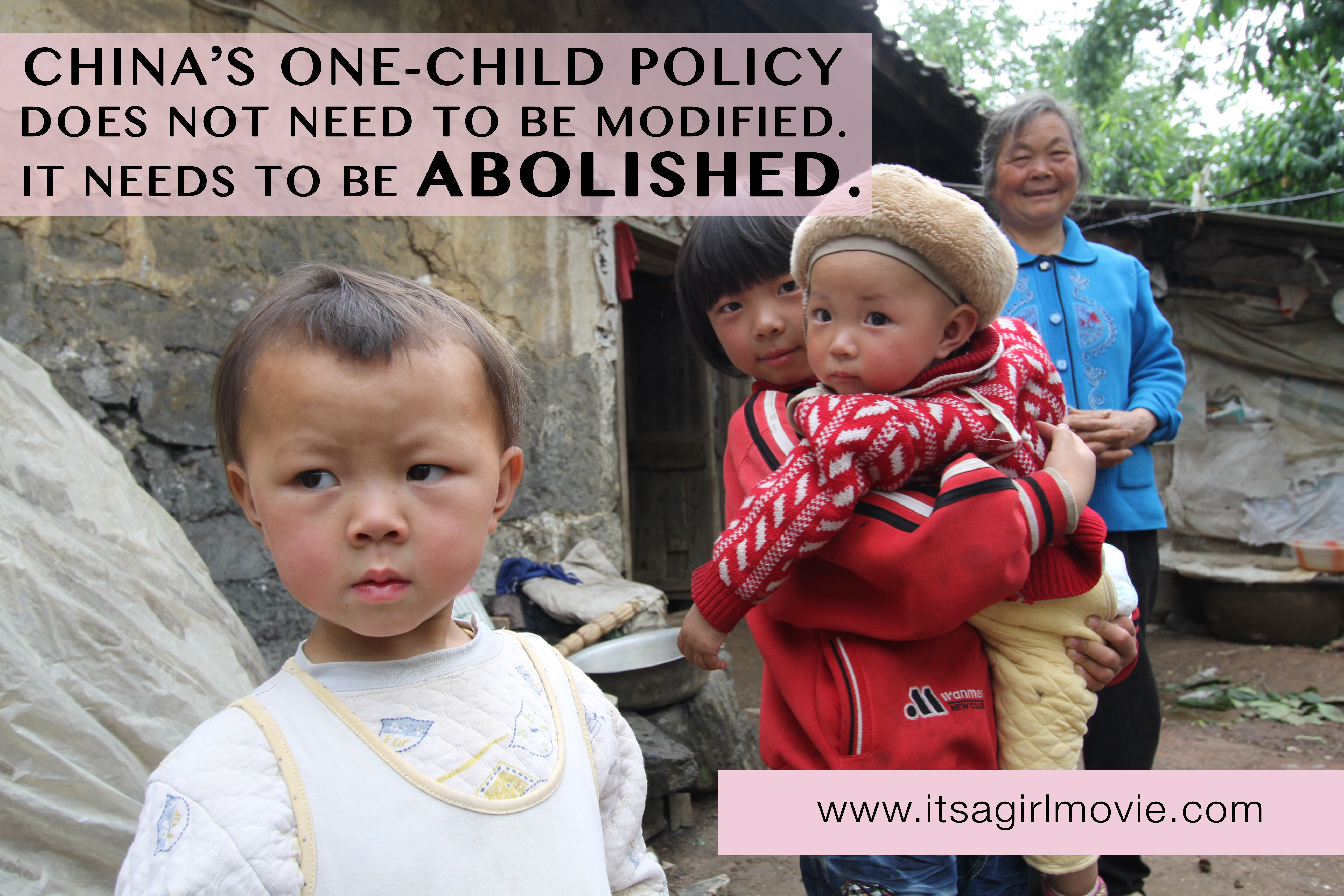 Xinhua News Agency reported today that China will move to a two-child policy for all couples, “abandoning its decades-long one-child policy.”

Characterizing this latest modification as “abandoning” the One-Child Policy is misleading.  A two-child policy will not end any of the human rights abuses caused by the One Child Policy, including forced abortion, involuntary sterilization or the sex-selective abortion of baby girls.

The reason given for this adjustment is entirely demographic: “to balance population development and address the challenge of an ageing population.”  The adjustment is a tacit acknowledgement that continuation of the one-child policy will lead to economic and demographic disaster. The policy was originally instituted for economic reasons. It is ironic that through this very policy, China has written its own economic death sentence.

Noticeably absent from the Chinese Communist party’s announcement is any mention of human rights. Even though it will now allow all couples to have a second child, China has not promised to end forced abortion, forced sterilization, or forced contraception.

Coercion is the core of the policy.  Instituting a two-child policy will not end forced abortion or forced sterilization.

The problem with the one-child policy is not the number of children “allowed.” Rather, it is the fact that the CCP is telling women how many children they can have and then enforcing that limit through forced abortion and forced sterilization.  There is no guarantee that the CCP will cease their appalling methods of enforcement.  Women will still have to obtain a government-issued birth permit, for the first and second child, or they may be subject to forced abortion.  It will still be illegal for an unmarried woman to have a child.  Regardless of the number of children allowed, women who get pregnant without permission will still be dragged out of their homes, strapped down to tables, and forced to abort babies that they want.

Further, instituting a two-child policy will not end gendercide. Indeed, areas in which two children currently are allowed are especially vulnerable to gendercide, the sex-selective abortion of females. According to the 2009 British Medical Journal study of data from the 2005 national census, in nine provinces, for “second order births” where the first child is a girl, 160 boys were born for every 100 girls. In two provinces, Jiangsu and Anhui, for the second child, there were 190 boys for every hundred girls born. This study stated, “sex selective abortion accounts for almost all the excess males.” Because of this gendercide, there are an estimated 37 million Chinese men who will never marry because their future wives were terminated before they were born. This gender imbalance is a powerful, driving force behind trafficking in women and sexual slavery, not only in China, but in neighboring nations as well.

The government announcement does not mention the abolition of the household registration or hukou system, whereby children who are born without birth permits are denied birth certificates and are not eligible for healthcare or education.

I am a doctor/pediatrician and I have faced immense pressure from my matrimonial family to abort my twin female children. My experience in fighting for justice for my daughters show the extreme patriarchal attitude of all authorities supposed to help women like me, who want to go against their families and save their daughters.I am the first mother in India to file a complaint under the P.C-P.N.D.T Act because my husband and in laws did not want me to give birth to my twin daughters. My case* set a precedent for other women to come forward and complain when being forced to abort their own daughters. The P.C-P.N.D.T Act which was passed in 1994 was highlighted when I filed my complaints.

Despite it being found out that no Form F was filled when USG was done on me, and other incriminating evidences today after 10 years of my struggle, the trial court has discharged all the accused and dismissed the case. The orders of the court does not even mention the arguments raised by my counsel. The lower court has dismissed my P.N.D.T complaint despite all evidence.

I will however fight back, but need the support of all of you. The orders discharging the accused is a closed door for any other women who want to come forward to speak out against their accused, in their lawful obligation to protect their daughters.

If I appeal alone in the higher court, the orders will be same. This time I want all of you with me, with you extending your support in media, in social media, in talking with others, and watching over the orders as they come in. I cannot do this alone. Please share, blog, and tweet with the hashtag #IStandWithDrMituKhurana.

I want people to realize I do not get any monetary benefit from this case. I just want my daughters, our daughters, to have and to inherit a safer, better world. As sex ratios decline, our society is becoming more violent — crime in general, and crime against women in particular, is increasing.

*My case has been highlighted in various national and International media, some of them being-

The views expressed by guest contributors to the “It’s a Girl” blog represent the opinion of the individual author who contributes the content and should not be interpreted as being endorsed or approved by Shadowline Films. We feature these contributions to foster dialogue and exchange on gendercide and invite our readership to join the discussion.
0 0 itsagirl https://itsagirlmovie.com/wp-content/uploads/2017/01/logo-sm-89.png itsagirl2015-10-03 03:15:362017-01-27 01:41:14A Letter from Mitu
Scroll to top