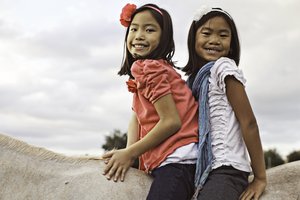 My family adopted my two sisters from China because of the issues surrounding the One Child Policy and the inherent preference for sons within Chinese culture. Having said that, we didn’t fully realize the scope of the orphan crisis and issues relating to it like gendercide, or how these issues would eventually become an integral part of our life.

In 2004, thousands of families just like ours were adopting from China because of the many little girls in need of families. We were simply a family of six, who wanted to care for and love a child in need of a family.

So, after submitting our paperwork to the Chinese government, we were matched with a healthy 16-month-old girl from Beijing, whom we would name Emma Grace. Emma was found abandoned in front of an office building on February 15, 2003. There were no details given to us surrounding her birth, only that she was found and the authorities concluded she must have been one day old, probably due to her umbilical cord. She was cared for by the police for five days in hopes that someone would come looking for her, but when no one did, she was sent to the city orphanage. It was there she resided until we came to adopt her 18 months later.

Most adoptive families are able to visit the places where their daughters were found, but this wasn’t an option for us because both girls’ information was very vague. In Emma’s case, we asked our guide about the area she was from and it was his opinion that Emma was probably a second child born to a family wanting a son, due to the higher affluence of the area she was found in. Regardless, we know she was abandoned, most likely because of her gender.

Esther’s story was a little different. Born with a severe cleft lip and palate, she was found abandoned by a road in Shenzhen, China on January 11, 2003. Again, no information surrounding her birth or finding, but we can conclude her family must have tried to care for her during those first few days. In Esther’s case, she was most likely abandoned due to her severe medical needs. After she was found, Esther was also taken to the police station, where they looked for her parents, but eventually transferred her to an orphanage. The government paid for her to receive the surgery to correct both her lip and palate before we adopted her in March 2006. Esther’s birth family most likely faced financial problems and were unable to pay for her surgery. It was probably in her best interest that they gave her up in order to save her life.

Today, I want my sisters to know where they came from and have an appreciation for their birth culture. They will always be Americans, but they will also always be Chinese. I also want them to be aware of the issues in this world. They were victims of gender preference, but it doesn’t mean they will stay victims. I want them to feel powerful as women, and that they have the ability to make a difference in this world. I believe it’s through awareness that the issues surrounding gender preference and gendercide can begin to be talked about and discussed and steps can be made to put an end to it. That’s why I am passionate not only about adoption and the orphan crisis, but about gender issues as a whole and how each of us can make a difference. The world is so much closer now than it was twenty years ago and the issues of other countries are becoming ours as well. There’s a lot that can be accomplished by using our voices to speak for those who cannot. 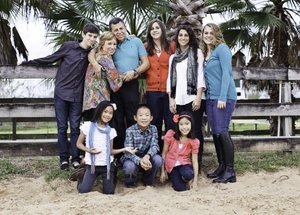 After adopting the girls and seeing the situations they came from, I feel it’s my responsibility as their older sister to educate them about the issues that still go on. Later, this will become their responsibility as well. We would be foolish and dishonor the girls’ birth parents by not telling their story and the issues surrounding them. There may be more instances of gender preference in countries like China and India, but we have been given a voice in our own country to speak out against injustice and to make a difference. I want Esther and Emma Grace to know they have a voice. Their birth parents gave them a chance at a new life when they were abandoned and it’s now their responsibility to speak out and give a voice to the millions of girls around the world who were not given the chance at life.

It’s easy to look at the issue and want to blame their birth parents for being cruel and heartless. I could easily look at my sister’s birth parents and think this of them as well. But I believe there is much more to the issue than a parent willingly killing or abandoning their child because of her gender. In my sisters’ case, we believe they were both abandoned by their parents in the hope that they would be found and cared for. And they have been, along with thousands of other girls like them. Yet, there are still many who are born into a world where their culture believes they are not of any worth. I believe, it’s through education that we can change this mindset, and that’s what I believe in continuing to do through my younger sisters and by telling their story. 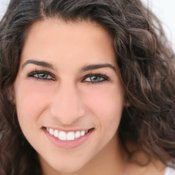 Sera Manubens, 22, is the oldest of seven children, three of whom were adopted from China. Sera, has a degree in English & Intercultural Studies from Southwestern University and recently got engaged to fiancé Jason (congrats, Sera!). Manubens blogs here.