In a recent Huffington Post article, Soraya Chemaly said, “I’m thinking that it shouldn’t take gendercide and gang rapes of children and women to motivate good men to act against pervasive 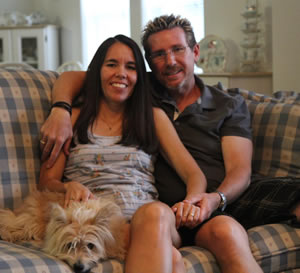 injustice that all women and girls are subjected to in one degree or another.” She goes on, “Women are not perpetrating widespread violence against one another or against men — in homes or in war. And yet, whenever I go to meetings, seminars or schools to discuss this topic, I enter rooms full of women. This is immensely frustrating.”

I have often been asked at film screenings by audiences of 99.9% women why so few men are involved in the movement to end violence against women. I can’t speak for other men, but my journey to becoming an VAW activist began with a life-changing experience while filming a woman sharing how she killed eight of her own newborn daughters in India, then learning about the underlying culture of misogyny that drove her to such desperate measures. I felt intense anger towards the men perpetrating this violence on women. But I also imagined my own wife and daughter (who was 11 at the time) suffering the same fate and felt anger at the thought of good men who might be in a position to defend them, but chose to stand passively by.

Previous to my life-changing experience filming It’s a Girl, I believed that loving and honoring the women in my own life was enough. But I no longer believe that. More men need to take action and add their voices to the movement. I challenge men every chance I get to not remain silent.

But I also think it must be acknowledged that many men may not become involved because the women’s empowerment movement can often feel like a hostile place for men. For instance, if men express their desire and commitment to defend women and their rights, we can be accused of suggesting that women are weak and need us to defend them. I’ve been told by feminists that men do not have a right to an opinion about issues like reproductive rights because we can never know what it is like to experience an unplanned pregnancy and need to stay out of it. The hostility towards men in general by some of the women commenters on our trailer on YouTube is almost violent. The message this sends to the majority of good men who honor and respect women is that we really can’t win in this, we are going to be lumped in with the bad men anyway, so why try.

While I extend a small challenge to women to consider how you can make the movement a friendly place for men, I would like to extend a major challenge to men to stand for justice and against violence against women in your families and communities. You can join me and one million other men who have made the promise to fight violence against women by joining the Ring The Bell campaign! To “ring the bell” is to take action to challenge violence or discrimination against women wherever you may see it or have the power to make change. “Men from Delhi to Dallas are standing with women to say no to violence. With men as leaders and allies, we can reach a global tipping point on the issue of our time. Be the generation that makes the world safer for all.” Learn more and “Ring The Bell” here!
0 0 itsagirl https://itsagirlmovie.com/wp-content/uploads/2017/01/logo-sm-89.png itsagirl2013-03-12 03:15:352017-02-07 11:09:13Why Aren’t More Men Involved in Fighting Violence Against Women?– A Man’s Perspective
“It’s a Girl”: Pro-Life or Pro-Choice?Invisible Girl Project and Sevenly Partnering to Save Girls in India
Scroll to top