WRWF President Reggie Littlejohn was a keynote speaker at the West Coast Walk for Life in San Francisco last month, which was attended by an estimated 50,000 people.  Littlejohn stated, “I am grateful to Eva Muntean and Dolores Meehan for caring about the women and babies of China, who are still undergoing forced abortion and sterilizations under the new Two-Child Policy.  I am also grateful for the opportunity to surprise my daughter, Anni, with a memorable birthday gift!”   Littlejohn invited the entire crowd to join her in singing Happy Birthday to Anni, whose birthday was the day after the Walk. 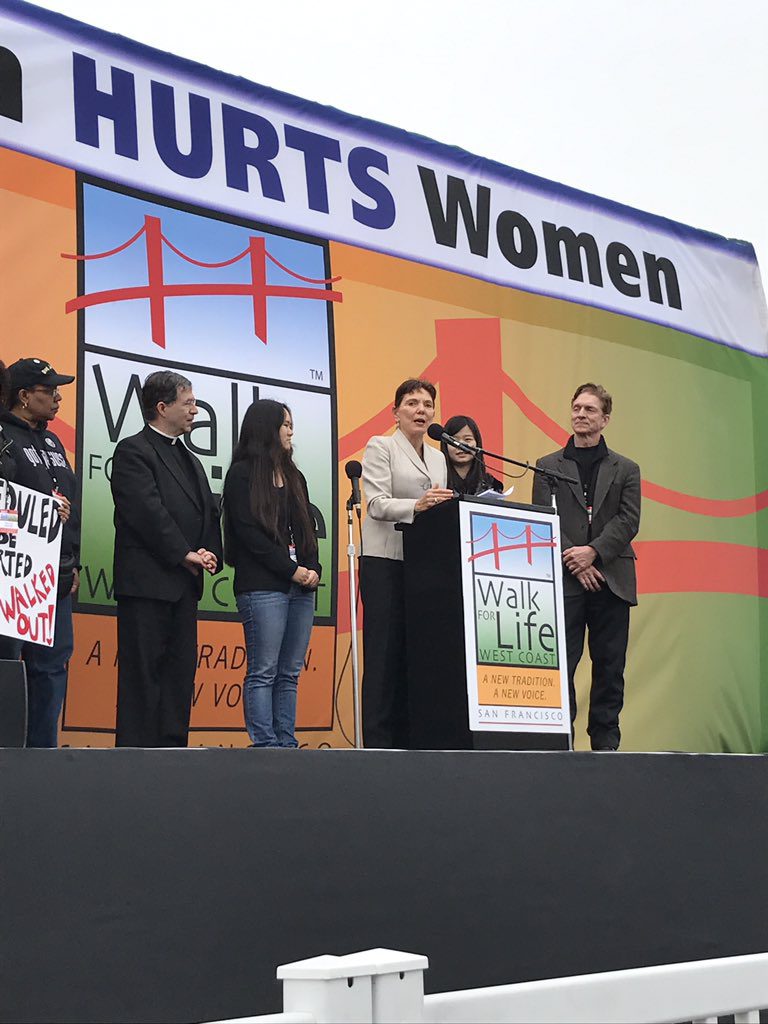 Littlejohn continued, “Anni was almost forcibly aborted at 6 to 7 months.  Family Planning Police were pressuring her mother daily to abort her, because she was her father’s second child.  As a second daughter, she could have been a victim of sex-selective abortion.  But her brave parents sacrificed greatly to bring her into this world, and we’re so glad she’s here!”

Littlejohn pointed out that Anni was born on January 22, 2003, the thirtieth anniversary of the Roe v. Wade decision, now Celebration of Life Day.  “I believe that Anni symbolizes all the beauty, brilliance and love of Chinese girls, every one of whom deserves to draw breath on this earth.”  Littlejohn and others rescued Anni and her sister Ruli from China three years ago.  Littlejohn and her husband are now raising Anni as their own daughter. Once in America, Littlejohn discovered that Anni has an amazing talent playing piano.  Anni won an international contest and performed piano in Carnegie Hall just before Christmas, 2016.  She had only been playing three years.