After seeing how female children weren’t valued in India, she started this group to help 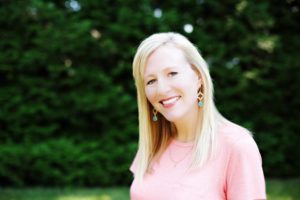 Jill McElya is a former attorney and mom who loves Coldplay and U2 – probably the last person you’d expect to testify before Congress about the role “gendercide” plays in human trafficking on a global scale.

But McElya did in 2013. And she wasn’t satisfied with the response.

The United Nations reports more than 50 million girls and women are missing from India’s population because of gendercide, a systematic killing of baby girls. Of those who survive, many are forced into marriage or sex trafficking.

McElya, 44, had no idea what gendercide was until she worked in India in 2008 and 2009 as a human rights activist. When she came back to the U.S., she founded the Invisible Girl Project in 2011. Here, she tells us how IGP became a full-time job and how a simple “cow loan” (yep c-o-w) can make a big difference.

We’ve heard about gendercide in China, particularly when the country had its one-child rule. Why is there a lack of awareness about this happening in India?

The Indian government says gendercide is wrong; it says we want to protect our daughters. We’re not seeing that the government is making people do this. It’s just that it’s culturally accepted more, and I think that’s why there’s less outrage.

How does gendercide contribute to human trafficking?

When you have 37 million more men than women in your population, there is a need for women. You’ll see girls as young as 10- and 12-years old being trafficked into villages to be brides for multiple men because these men have no women in their villages. The women have all been killed.

But if there’s a shortage of women, why is the practice still culturally accepted?

In a country of 1.2 billion people, it’s not self-evident yet; the government recognizes that.

How does the Invisible Girl Project help?

When we started with the Invisible Girl Project, we didn’t want to come in as Westerners and say, ‘India, you have a problem; we’re here to fix it.’ We wanted to work with Indian organizations and increase their capacity to change the culture from within and help Indians recognize if we continue this pattern, there will continue to be violence against women, there will be fewer women for our sons to marry, and our culture won’t be sustainable.

My favorite part is the work we do with social workers, sending them into villages to teach families the inherent value of girl children. Right now, one of our partners is in about 25 different villages; they have a reach of about 5,000 women on a regular basis, teaching women their inherent value and trying to empower. 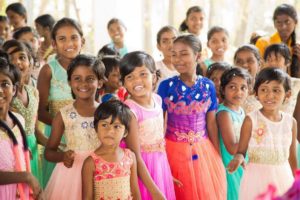 Some of the girls in India in the Invisible Girl Project.

How can you empower women in India?

We take a very holistic approach. If you’re pregnant, we’ll help you however you need; if you’re being abused, we’ll help take the perpetrator to court. We will empower you by giving you microfinance loans. We give cow loans to women who want to support their daughters and have no way to do it because their husbands have abandoned them.

Yes. Last year, we bought 16 cows for women in India; they’re about $1,000 apiece. It’s a loan. As they pay back the loan over time, they’re able to support their family with the sale of the milk, which pays it forward to the next person.

What compels you to do this?

When I was living in India, I was helping fight human trafficking and bonded labor slavery, but no one was doing anything to combat female gendercide. It was such an injustice to me – that women and girls were so discriminated against, and I thought the Western world needed to know about it.

Having my own daughters (ages 3 and 6) and imagining what life could be like if we were on the other side of the globe … that just breaks my heart. I’ve been able to see little girls who are rescued. I know these young girls, and I see their potential. If I’m able to play a small part in rescuing them, then I know what we’re doing is important, and it drives me to continue.

Dumped on doorsteps for being a girlChina : Forced Abortion, Sex-Selective Abortion of Girls Still Practiced Under...
Scroll to top