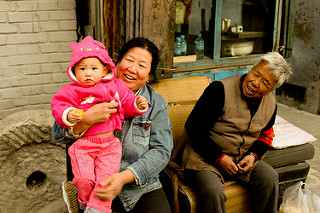 In China, millions of female conceptions are aborted by prospective parents, creating a problem of ‘missing girls.’ In spite of China’s rapid development, the sex ratio at birth is as high today as it has ever been, with roughly 118 boys born for every 100 girls. A basic question that needs to be answered before real progress can be made is why parents choose to abort daughters.  A glib answer like “because the Chinese prefer sons” is both misleading and insufficient.

One factor is that Chinese parents actually do prefer to have at least one son. Among parents with two sons, the third child in the family is more likely to be female than male – 61% of third children after sons are female, suggesting there are “missing boys”. So to some extent, Chinese parents do value girls and in fact prefer them to sons under certain circumstances – specifically, when their need for having one son has been met.

Another key issue is whether the son preference in China is driven by culture or economics. By culture, I mean the influences that persuade us to behave a certain way without real economic incentives underlying the behavior, like Jews fasting on Yom Kippur or Moslems fasting on Ramadan. Indeed, there are certain Confucian functions that can only be performed by a son, including certain mourning rituals. But this is not the major factor leading millions of parents to abort daughters. What is the major factor is patrilocality, which refers to the firmly-entrenched cultural norm for elderly parents to co-reside with their adult children, and for the son to have a woman “marry in” and assist him in this function. Patrilocality is an economic factor affecting almost every country that participates in sex-selective abortion.

For parents in China, having a son comes with the added bonus that he and his wife will eventually take over the primary responsibilities of elderly care. In a world without social security and with limited ability among individuals to generate financial wealth, this is the primary method of guaranteeing support in one’s old age. It is perhaps no wonder then that parents prefer a daughter after having sons – since they are only going to live with one of the sons, and extra sons become a burden as the parents are forced to purchase land to make these other sons more desirable for marriages. So when international observers are puzzled by the increasing sex ratio at birth in China in spite of economic growth, it is worth taking a closer look and realizing that the incentives driving parents to want sons are getting stronger, not weakening.

As China’s fertility continues to drop and parents have fewer children, the need to have a son to provide for one’s old age becomes even more critical. Chinese government officials have repeated their calls for a ban on sex-selective abortion at the same time that they have declared that rural old age support is the responsibility of one’s family, not the state. Limited social security in rural areas has been associated with a normalization in the sex ratios at birth  for rural areas, therefore a significant amount of work must be done to compensate. Until the need for sons is reduced, policymakers will continue to find themselves in a difficult predicament. 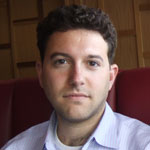 Avraham Ebenstein received his Ph.D. in economics from University of California, Berkeley in 2007. His fields of interest include environmental economics, health economics, and economic demography. Dr. Ebenstein’s past research examined the impact of fertility control policy in China on the sex ratio, and investigated policies that might address the “missing girls” phenomenon in Asia. He also explored linkages between declining fertility and increasing female labor supply in Taiwan and the United States in a comparative study. His current research examines the impact of globalization on labor market outcomes in developed and developing countries.